The supercomputer is hundreds of thousands of times more powerful than a traditional desktop computer and will be used to run massive research simulations. 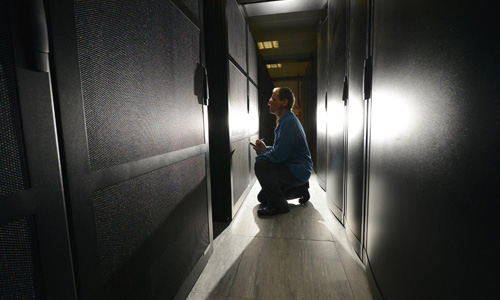 The new resource, housed at the University of Edinburgh’s Advanced Computing Facility at Easter Bush, will be integral in aiding discoveries in medicine, climate science and aerospace. It will also build on previous British breakthroughs in targeted treatments for arthritis and HIV.

The University will work with United Kingdom Research and Innovation (UKRI) to install the high performance computing service over the next year.

ARCHER2 is part of a £200 million investment by HM Treasury, which will be at the core of its Spring Statement.

Ensuring the UK is at the forefront of science and technology innovation will be featured in the statement by the Chancellor of the Exchequer, Philip Hammond.

Other projects to benefit include £45m to support genetic research in Cambridge and £81m for laser technology at Harwell Campus in Oxfordshire.

The new supercomputer replaces the £43m ARCHER (Academic Research Computing High End Resource) system, which is capable of more than one million billion calculations a second. It was unveiled in 2013.

ARCHER2 will provide UK science with an unparalleled capability to model and simulate the world around us. This is a real vote of confidence in the University’s supercomputing centre, EPCC, which is internationally recognised for its excellence in computational science.

Find out more about EPCC