This accounts for a third of all UK strandings, and 19 out of the 21 species, recorded by the UK Cetacean Strandings Investigation Programme (CSIP) – a partnership between the Scottish Marine Animal Stranding Scheme (part of Scotland’s Rural College) and the Zoological Society of London (ZSL), Natural History Museum, Marine Environmental Monitoring and Cornwall Wildlife Trust Marine Strandings Network/University of Exeter.

Excluding the most common species – harbour porpoise and common dolphin – Scotland has 70 per cent of the UK's strandings.

It also has a programme investigating seal strandings, which is currently not routinely undertaken in the rest of the UK. 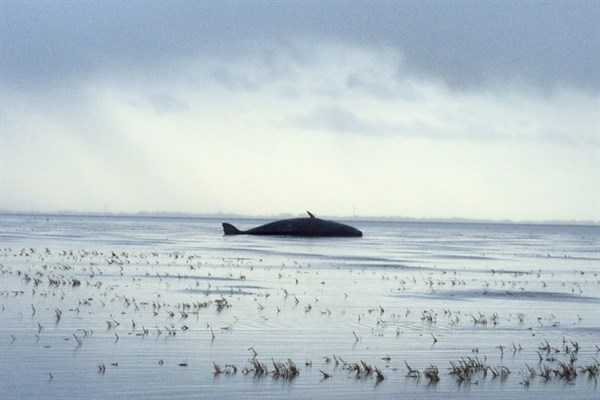 UK-wide, a total of 4,896 harbour porpoises, dolphins and whales (cetaceans) were reported washed up on shorelines between 1 January 2011 and 31 December 2017, according to the seven-year review led by ZSL and published by the UK Government.

Over the reporting period, researchers from CSIP recorded 21 different cetacean species – nearly one quarter of the total currently known to science – as well as six species of marine turtle and several species of large bodied sharks.

CSIP documented the highest number of strandings in a single year since the programme began in 1990, with more than 1,000 reported in 2017. The team also investigated several large-scale mass stranding events involving multiple animals, including one on 22 July 2011, in the Kyle of Durness, Scotland, where 70 long-finned pilot whales stranded together.

Dr Andrew Brownlow, the veterinary pathologist in charge of SMASS, said: “This report highlights the value of these long-term data sets.

“Through the geographical extent outlined in this report, we can identify significant trends in the threats and pressures which are facing our marine environment.”

ZSL’s Rob Deaville, cetologist and report lead said: “4,896 is an increase of about 15% on the previous seven-year period. It’s difficult to say conclusively what’s driven this rise, but it’s potentially associated with multiple causes, including increases in local reporting effort and seasonal variation in the population density of some species.”

Researchers also conducted 1,030 post-mortem examinations over the period of the report, to identify why individual animals had died.

Infectious disease and incidental entanglement in fishing gear - also known as bycatch - were two of the most common findings, although the likelihood of a particular cause of death varied between species. For example, bycatch accounted for 23% of common dolphin deaths and 14% of harbour porpoise deaths. Others caused directly by humans included 25 animals killed by ship-strike and a single Cuvier’s beaked whale that suffered a gastric impaction following the ingestion of marine litter in 2015.

Rob said: “Although in some respects the data paints a bleak picture, there are still positives to be drawn. Between 2011 and 2017 we recorded 21 cetacean species including one – the dwarf sperm whale – that had never been previously seen in the UK. That’s nearly a quarter of all currently known species, reflecting the range of diverse habitats around our coast.”

SMASS recently launched a free Beach Track app which allows members of the public to play a key role in helping marine scientists gather data on animal strandings and the condition of Scotland’s beaches.