Bacteria that are resistant to antibiotics commonly infected hedgehogs some 200 years ago, long before they became a widespread problem for modern medicine, research has shown.

The problematic bacteria methicillin-resistant Staphylococcus aureus – MRSA –infected hedgehogs in the 1800s, spilling into other species including humans, well before the clinical use of antibiotics, a DNA study of bacterial evolution has shown. 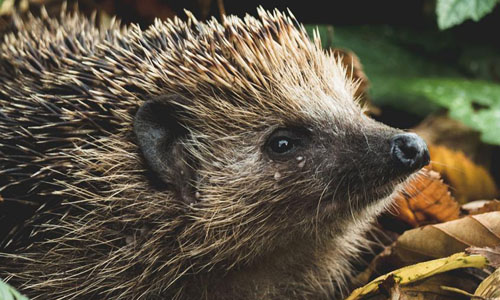 A common fungus living on the skin of hedgehogs promoted the emergence and spread of these bacteria, the findings suggest. Antibiotic substances produced by the fungus created conditions that favour the resistant bacteria’s survival.

The discovery in animals of an antibiotic resistant bacteria that infects humans underscores the importance of collectively considering the health of people, animals and the environment, scientists say.

This One Health approach could help to better understand and manage antimicrobial resistance, which is considered by the World Health Organization as an important threat to human health.

An international team of scientists worked out the evolutionary history, using DNA changes over time, for the antibiotic-resistant bacteria.

Researchers sought to detail its behaviour in causing disease in various animals, its geographic spread and its potential to spill into humans.

They analysed data from hundreds of samples from humans, livestock and wild animals, including more than 250 swabs recovered from hedgehogs in sanctuaries in Europe and New Zealand. They examined the bacteria’s DNA for genes conferring resistance to methicillin and other elements that could enable the bacteria to evade an immune response.

Genes linked to methicillin resistance in the bacteria can be traced to hedgehogs prior to their introduction to New Zealand from Europe in the 1800s, their analysis identified. The bacteria’s antibiotic resistance likely originated in early to late 1800s, long before penicillin was used as a treatment. Similar resistant genes emerged in the 1940s and 1960s.

The international study, led by Statens Serum Institut, Copenhagen, Denmark and the University of Cambridge and involving the Roslin Institute and partners across Europe and the US, was published in Nature.

"Our findings highlight the importance of taking a wide perspective and a long-term view in understanding infections in people, animals and the wider environment.

"This study gives valuable insight into the development of an antibiotic-resistant bacteria that has become a modern-day medical challenge. Importantly, the discovery does not represent any new threat to humans or pets from hedgehogs, they have carried MRSA for at least 200 years and any small risk is minimised by good hand hygiene around them and other animals."