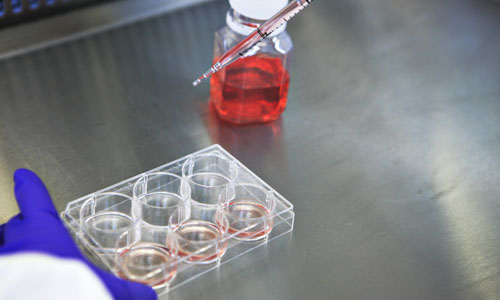 Grant funding provided by Innovate UK will accelerate Censo’s research. Based in Edinburgh and Cambridge, Censo is a market leader in the creation and use of stem cells for neuro-inflammation research and works with drug discovery companies across Europe, the US, and Japan. In this new initiative, it will develop the capacity to produce alveolar macrophage, a type of cell which has a critical role in the development of COPD.

"COPD is a terrible disease which is becoming increasingly common due in part to our aging population. Despite the growing need, progress in developing better treatments lags innovation seen for other diseases.

"Our hope is that being able to produce alveolar macrophage in unlimited quantities under laboratory conditions will open up new opportunities for researchers. We are already making significant progress in supporting neuro-inflammation research, we now want to diversify to support research for other diseases associated with chronic inflammation."

COPD affects 1.2 million people in the UK today, costing the NHS over £1.5 Billion. Patients suffering from COPD are unable to empty air out of their lungs because their airways have been narrowed, mainly due to bronchitis and emphysema.

The disease is strongly associated with the elderly and as our population ages, the incidence and cost of the disease are expected to rise. This is despite falling rates of smoking - the major cause of the disease in the UK. There is currently no cure.

In addition to producing alveolar macrophage from stem cells, Censo intends to demonstrate that the “inflamed” state of these cells can be measured by laboratory tests and used to identify drugs that control inflammation in the lung, which is an important contributor to the disease.