Breathing difficulties are most often associated with flat-faced breeds, such as French bull dogs and pugs, but scientists have found the mutation is also carried by Norwich terriers, which have proportional noses. 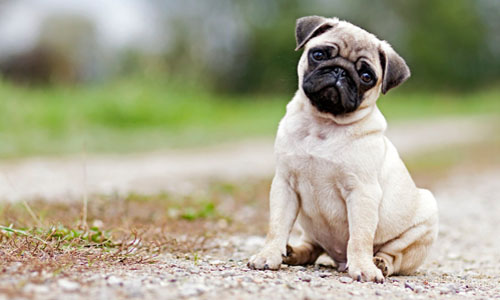 French bulldogs are the most popular dog breed in the UK but underneath their prized features can lie a life-threatening health problem. The breed – and others such as English bulldogs and pugs – is commonly affected by a condition called Brachycephalic Obstructive Airway Syndrome – or BOAS – which leaves dogs gasping for breath.

Scientists had thought their short faces were the only explanation for their breathing problems, however, Norwich terriers suffer from a similar breathing problem called Upper Airway Syndrome, despite having proportional noses.

A team led by The Roslin Institute analysed DNA from more than 400 Norwich terriers. Vets also carried out clinical examinations of the dogs to check their airways for signs of disease.

The researchers pinpointed a DNA mutation in a gene called ADAMTS3, which is not linked to skull shape and has previously been found to cause fluid retention and swelling.

The mutated version of the gene was also common in French and English bulldogs, which may help to explain why some dogs of these breeds develop breathing problems and complications after surgery to treat them.

Researchers say their findings shift our understanding of breathing problems in dogs. They suggest fluid retention in the tissue that lines the airways could make it more likely that dogs with the mutation will develop breathing problems.

The study, published in PLOS Genetics, also involved experts from the Royal Veterinary College and the University of Bern in Switzerland.

BOAS is a complex disease. Although skull shape remains an important risk factor, our study suggests that the status of ADAMTS3 should be considered as well. More studies are needed to dissect the complex nature of this devastating disease.

The Hospital for Small Animals at the Royal (Dick) School of Veterinary Studies hosts a specialist clinic for dogs with upper airway problems called BREATHE.

Vets use a range of cutting edge technologies to care for affected animals, including whole body scans and a specialist tool that monitors lung function called plethysmography.

This discovery is a step change in our understanding of upper airway problems in dogs, which we hope will allow us to identify dogs at greater risk of catastrophic airway swelling before it happens.

The Roslin Institute receives strategic investment funding from the Biotechnology and Biological Sciences Research Council and it is part of the University of Edinburgh’s Royal (Dick) School of Veterinary Studies.