The findings have led to a new genetic test for a severe version of the condition—called goniodysgenesis or gonio—to help breeders avoid producing affected pups.

Severe gonio is an inherited condition in which the dogs’ eyes don’t develop properly. In some dogs, it can lead to a disease called glaucoma, which causes sudden blindness. 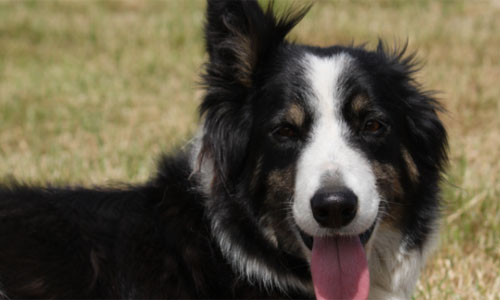 Researchers from the University of Edinburgh’s Roslin Institute at the Royal (Dick) School of Veterinary Studies, collected DNA from dog saliva samples and compared those that had healthy eyes to those with symptoms of severe gonio.

They identified a mutation in the gene called OLFML3 - which is involved in the early stages of development of the eyeball. All of the dogs that went blind had two copies of the mutated gene.

Several companies have now developed genetic tests that spot the mutation in a dog’s DNA to help breeders avoid producing puppies at risk of going blind.

We are delighted that our findings have directly led to a genetic test for this condition. We hope our research will help to reduce the number of dogs that go blind from this disease.

Sudden blindness was first seen in Border Collies in Australia in the late 1990s. When it appeared in the UK – in dogs related to the Australian dogs – breeders suspected it may have a genetic cause.

The study, published in the journal G3: Genes, Genomes, Genetics, was funded by the Dogs Trust Canine Welfare Grant programme and the Pastoral Breeds Health Foundation.