Regular infusions of a key enzyme that is deficient in children with infantile Batten disease, also called CLN1 disease, led to improvements in mice and sheep with an equivalent genetic disorder. 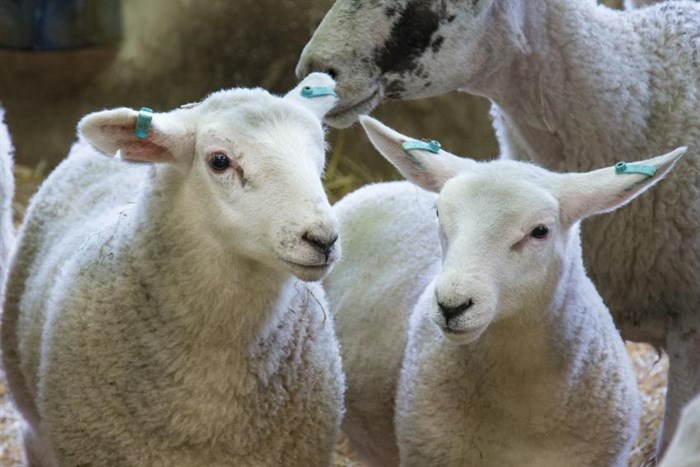 The findings, in a study led by University of Edinburgh’s Roslin Institute and Washington University School of Medicine in St. Louis, could inform development of effective treatments for children with the disease, which can lead to loss of vision, cognitive and movement dysfunction, seizures and early death.

Scientists studied the effect of administering doses of the enzyme, known as PPT1, in mice and sheep with the same faulty gene that gives rise to the disease in children.

Monthly doses of the PPT1 enzyme to the brains of mice led to improved motor function, reduced signs of disease in brain cells, and reduced loss of brain matter over six months of treatment.

The research team first verified the dosage of enzyme and route of administration needed to have a beneficial effect in mice, and extrapolated their findings to determine effective enzyme infusion treatments for the affected sheep.

This critical step demonstrated that treatments which are promising in mice can be scaled up to have a similar positive treatment effect in a much larger brain.

Their study built on a similar approach for a different form of Batten disease, known as CLN2, which has led to a therapy called cerliponase alfa or Brineura. This has been approved by the NHS following successful clinical trials in a collaboration between centres around the world.

The latest study using mice and sheep has enabled insights into the effect of the therapy by testing basic principles in mice then refining them in a mammal whose brain size and complexity is comparable to that of children.

The research team hope to conduct further studies to refine effective timings and dosage of enzyme replacement therapy, to move towards an effective treatment for this devastating childhood disorder.

Batten disease, one of several conditions known as lysosomal storage disorders, is an umbrella term for a group of neurodegenerative conditions caused by genetic mutations that affect cells’ waste disposal and recycling system.

These conditions can present at varying stages of childhood, depending on which gene is deficient. The PPT1-deficient CLN1 form of the disease develops in early childhood, progresses rapidly and there is currently no therapy available.

The Roslin team developed a sheep model for this disorder using the genome editing technology CRISPR/Cas9, so that therapeutic studies such as this could be done.

This enabled researchers to better understand the mechanisms underpinning progression of the disease, and to assess novel methods of managing the condition. The animals show many hallmarks of the disease in children, from signs of disease in cells through to changes in the size of the brain.

The study was published in the Journal of Clinical Investigation.

"This study could only have been done by a collaborative research team. Such work is a key step towards everyone’s ultimate goal of safely carrying out clinical tests of potential treatments in children affected by this devastating condition. Through studies in sheep, we gain invaluable insights into the progression of this condition which can guide our work towards developing an effective therapy."

"Our work together with colleagues at the Roslin Institute has shown the potential for this new therapy to treat this devastating fatal disease. Not only did we improve disease in mice, but we were successful in scaling it to have similar partial efficacy in the much larger brain of a sheep model of the same disease. This is the result of combining our expertise, using models that were made specially to test therapies like this. Our goal is to be able to treat children with this disease, and this is an important step towards achieving this."

This work was funded by the US National Institutes of Health, including an SBIR grant to Collaborations Pharmaceuticals, and the Haley’s Heroes Foundation.