An agroecological farming approach - which aims to optimise production while minimising external inputs - is needed if the country is to meet climate and biodiversity targets set by the Scottish Government. 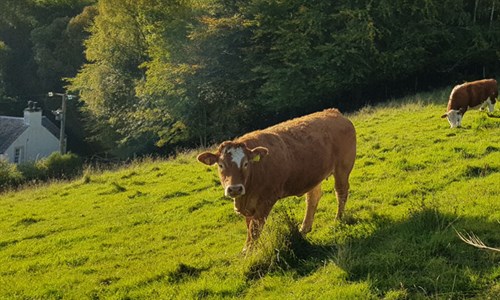 The survey, carried out by researchers at SRUC, compared Scottish adoption with a concurrent sample of EU farmers.

In total the survey had 1,335 valid responses from farmers in Austria, Germany, Greece, England, France, Hungary, Ireland, Italy, Poland, Romania, Scotland and Sweden – including 109 from Scotland - covering a range of farm types including arable, livestock, permanent crops and mixed crop and livestock farms.

It highlights which practices Scottish farmers promote within their farming systems and where there is scope to do more relative to their EU counterparts.

Scottish livestock farmers only outperformed those in the EU in relation to stocking density criteria.

While Scottish crop farms were in line with, or ahead of, their EU counterparts in the overall adoption of agroecological practices, areas for improvement include increasing plant diversity and rotation as well as cover cropping.

A wide range of practices can support an agroecological farming approach with different practices relevant for different locations and aspects of farming.

For cropland management, practices include reducing reliance on inorganic fertilisers, pesticides and herbicides and instead using green manures; introducing natural predators or managing weeds through variety selection; limiting tillage and making use of crop rotations and cover crops to support soil health and to control pests and diseases.

For livestock management this may mean reducing reliance on inorganic fertilisers for grassland; focusing on permanent pasture grazing over temporary grassland; favouring high forage over low forage diets; good manure management; and careful use of antibiotics.

“Overall, we see several opportunities for Scottish livestock farmers to adopt agroecological practices that could help contribute to climate and biodiversity goals if they are properly supported.

“These are opportunities that appear to have been taken by EU counterparts and could be promising quick wins for Scotland.

“We also see that Scottish crop farmers have been successful in adopting several agroecological approaches. There is an opportunity here to learn what has driven adoption in this group and how learning can be transferred to the livestock sector.”

The survey of Scottish farmers took place as part of the EU funded LIFT (Low-Input Farming and Territories) project between January and March 2020.