The finding could help research aimed at boosting the immune response of stem cells – early stage cells with the potential to become specialised tissues – for use in treating disease or damaged tissues.

The research identified ways to switch on a key part of the immune system that protects against viruses in stem cells, known as the interferon response. 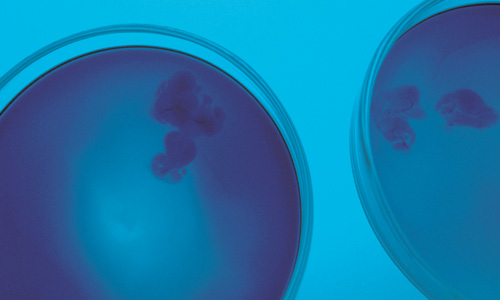 Researchers from the University of Edinburgh studied stem cells from mouse embryos to understand how stem cells can develop resistance to viruses, before they become specialised cells.

The team discovered a protein – known as mitochondrial antiviral signalling protein (MAVS) – that switches on this immune response in stem cells.

A small molecule – known as miR-673 – was found to regulate when the MAVS protein is turned on and off. When miR-673 was removed from in stem cells in the lab, production of the MAVS protein was restored, switching on the anti-viral response.

The same mechanism is likely to operate in humans, researchers say. This antiviral response may be absent from embryonic stem cells as it can disrupt development.

Researchers hope that their findings will make the use of stem cells more efficient, to one day be given to patients to replace cells lost or damaged by degenerative diseases such as Parkinson’s or diabetes.

The study, published in eLife, was funded by Wellcome.

Unveiling how this crucial antiviral mechanism is switched off, and methods to switch this back on in a controlled manner, could make stem cell therapies much more efficient.