The ChickenStress European Training Network (ETN) brings together 20 partners in education and industry, including Scotland’s Rural College (SRUC) and Hendrix Genetics and Vencomatic, two major suppliers to the global egg industry. It will train future leaders in a range of scientific studies and help egg producers attain the best possible welfare standards for chickens. 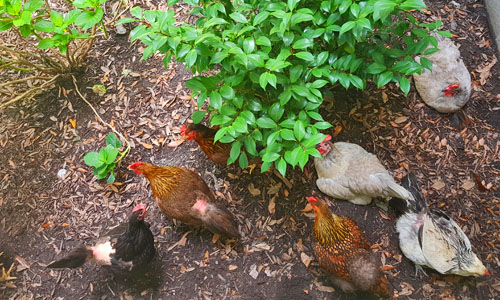 Scientists at SRUC will look at sleep behaviour in laying hens, and how that is modified by stress and various housing environments.

The network has received around £3.5 million investment from the EU Marie Curie Fund.

Dr Tom Smulders, Reader in Evolutionary Neuroscience at Newcastle University, is leading the project. He said: “Shoppers consistently ask for chickens to be kept in the highest possible welfare conditions and in Europe in 2012 this led to a ban on battery cages. However, while this was introduced with the best of intentions with an eye to improving welfare, unexpected problems have occurred with alternative productions systems.”

Over the course of four years, 14 international studies under the supervision of world experts in their fields will be carried out on factors which contribute to stress response and resilience in poultry. Involving industry partners, these will range from examining what causes stress in chickens from their breeding, to how they are raised, to the environment they are kept in – including the feed systems and housing.

Dr Smulders explained: “We still don’t know what is best for laying hens in these large-group housing systems and it is difficult to ask the chickens. We will study how stress affects the brain and use this knowledge to identify best practice. We don’t know, for example, how the environment in which they are reared affects how well they adapt to the free-range systems they will be housed in during adulthood, nor how hatching conditions affect their ability to deal with novel situations later in life. These are the kind of welfare questions we want to answer with this project.”

A variety of methods will be used over the projects to measure stress responses and responsivity in laying hens, including markers in the brain (neurogenesis, different neurotransmitters), stress hormones, behavioural tests and observations, and health parameters.

Each project will involve a PhD student as part of the initiative to develop future scientific leaders. By working with industrial partners including Hendrix Genetics, Vencomatic, Noldus Information Technology and The Lakes Free Range Egg Co Ltd, as well as the European Union of Wholesale with Eggs, Egg Products, Poultry and Game, the scientific team will be able to implement conditions that maximise welfare and productivity.

At SRUC, Dr Victoria Sandilands will be leading on a project with an early stage researcher who will look at sleep behaviour in laying hens. She said: “This is an exciting consortium of established scientists and early stage researchers that will improve our understanding of stress in laying hens. I’m looking forward to our student exploring sleep in hens, a little-understood phenomenon, and being able to work alongside a world-expert in sleep from the Max Planck Institute, and then with a major poultry house equipment company, Vencomatic.”