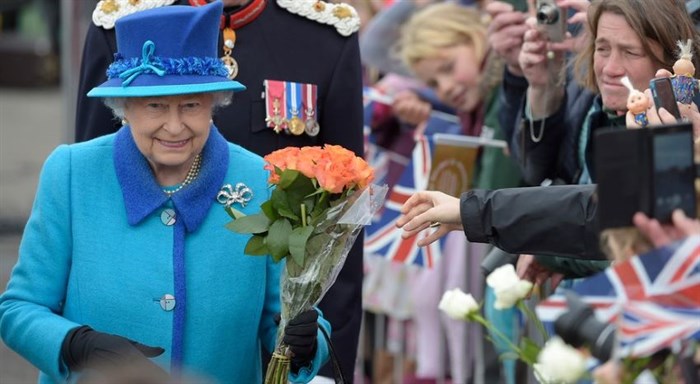 “Like millions around the world, I am deeply saddened by today’s news of the death of Queen Elizabeth II.

“As Lord-Lieutenant, it has been my privilege to represent Her Majesty in Midlothian and I know that my team of Deputy Lieutenants will all share my profound sadness.

“The Queen pledged to devote her life to the service of others and she has done that faultlessly, and with utter dedication, since her coronation and throughout her entire life. Today marks the end of that extraordinary era.

“Informed by her faith, she had a profound and unique sense of duty and her tireless devotion to our country, to the British people and to the Commonwealth have been – and must continue to be – an inspiration for everyone.

“As we mourn her death, and celebrate her wonderful life, we remember her, not only as our Queen, but as a mother, grandmother and great-grandmother and we extend our deepest condolences to the entire Royal Family. We now embark on an historic period of change but we will never forget the unparalleled service to our country given by Queen Elizabeth II.”

“It is with enormous sadness that we learn of the death of Her Majesty The Queen.

“Her death is all the more poignant, coming as it does so soon after the Platinum Jubilee celebrations earlier this year, marking her seventy years as Queen and Head of the Commonwealth.

“I know many local people will want to offer their condolences and share their memories of our highly valued monarch who remained a steadfast and constant presence during decades of change.

“We were honoured to welcome The Queen and the Duke of Edinburgh who visited several places in Midlothian during Her Majesty’s reign, most recently on 9 September 2015 when they travelled by steam train to Newtongrange to unveil the plaque marking the opening of Newtongrange Station on the Borders Railway line.

“What a momentous and historic day that was, coming as it did on the day Her Majesty became our longest reigning monarch.”

Books of Condolence have been opened at various venues across Midlothian including many libraries, Crichton Collegiate Church and Rosslyn Chapel.