In a new report, Achieving Net Zero: Farming’s 2040 Goal, the NFU sets out three pillars of activity that will help the industry to reach its ambitious goal.

The first pillar is where MI:RNA’s revolutionary new testing technology will play an invaluable role. Cattle disease can increase greenhouse gas (GHG) emissions by up to 24% per unit of milk or up to 113% per beef carcass [3, 4]. Accurate and early detection and diagnosis of widespread chronic conditions such as Johne’s disease would greatly reduce the excess GHG emissions produced by a herd, in addition to improving herd health and increasing productivity.

Improving farming’s productive efficiency, MI:RNA’s pioneering diagnostic testing plays an invaluable role in accurate and early diagnosis of widespread chronic conditions such as Johne’s disease in cattle to reduce GHG emissions. Emissions from UK farms presently amount to about 10% of all UK emissions. 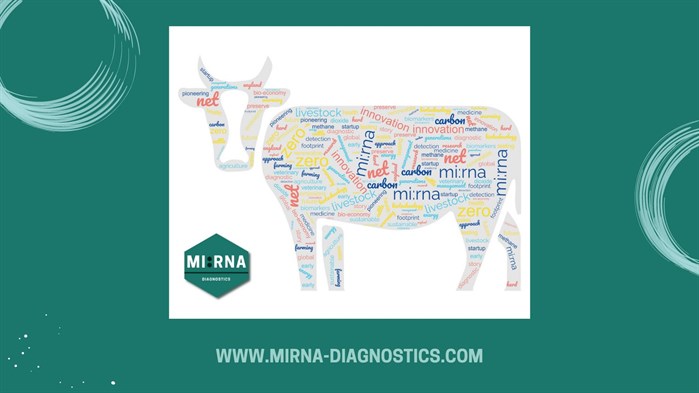 Ruminant livestock produce methane during their digestion. Micro-organisms in the rumen degrade carbon from feeds in the absence of oxygen, producing methane gas. This gas is subsequently emitted to air by eructation (burps). Emissions are affected by diet, health, and livestock management.

Given the significance of the UK farming sector’s carbon footprint, the NFU has set the ambitious goal of reaching net zero greenhouse gas (GHG) emissions across the whole of agriculture in England and Wales by 2040.

"MI:RNA’s pioneering diagnostic technology has a crucial role to play in helping the farming industry achieve net zero, and maintain the health of livestock in the process. We welcome the NFU’s ambitious goal for net zero by 2040 and look forward to contributing to a successful outcome."

MI:RNA is a net-zero company committed to promoting a sustainable approach to livestock farming in order to preserve the world and its resources for future generations.

Founded in 2019, based at Pentland Science Park in Midlothian Science Zone, MI:RNA Ltd. is a veterinary diagnostics company specialising in the development of testing technology for veterinary disease.