Both rates are significantly higher than the government minimum for over 23s, which currently stands at £8.91 per hour. 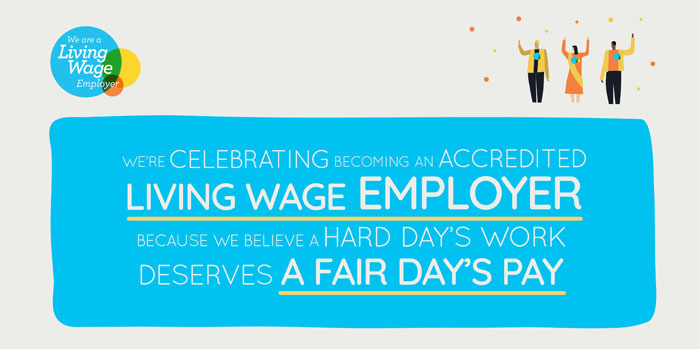 Employers choose to pay the real Living Wage on a voluntary basis, recognizing the value of their workers and ensuring that a hard day’s work receives a fair day’s pay.

Since 2011 the Living Wage movement has delivered a pay rise to over 45000 people in Scotland and put over £240 million extra into the pockets of low-paid Scottish workers.

"Too many workers in Scotland are in the grip of poverty and employers choosing to pay at least the real Living Wage can loosen that grip. Payment of the real Living Wage allows those in work to become more included in society, better meet their everyday needs, and feel that their value and hard work is recognized by their employer.

'Congratulations to Quotient Limited on their Living Wage commitment, and I hope more organizations follow their lead by becoming Living Wage accredited."

“We’re delighted that Quotient Limited has become an accredited Living Wage employer. They join a growing movement of over 1900 employers in Scotland who together want to ensure workers have what they need to thrive. Our Living Wage employer network includes lots of smaller employers as well as larger and iconic brands like SSE, Standard Life Aberdeen, Barrs, Brewdog, & D.C. Thomson. We hope to see many more employers following their example.”

Living Wage Scotland aims to increase the number of employees in Scotland who receive the real Living Wage.

Quotient Limited is a commercial-stage diagnostics company with a product development and manufacturing facility at BioCampus, within Midlothian Science Zone.

The company's headquarters are in Switzerland and also offices in the US. The company offers more than 30 years of research, development and manufacturing of transfusion diagnostics products that have traditionally have been sold worldwide either directly or by other major transfusion companies.