Applications, which have been growing incrementally year-on-year, are up by 17% compared to the same round in 2019, with all 18 of Scotland’s universities represented. This brings the total number of applications to Converge 2020 to 260. Converge Challenge, the oldest category of the Converge programme and its crown jewel, has seen the highest increase with 27% more applications compared to 2019. 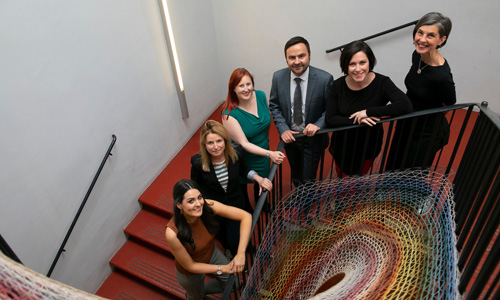 Technology, one of the few industries to remain relatedly unscathed during the pandemic, is the top performing sector with applications up by 30% on last year. A significant portion of applications to this Converge round focus on sustainability, showing that Scotland’s commitment to its net zero target is still hugely relevant.

Converge has the financial backing of the Scottish Funding Council and all 18 of Scotland’s universities who, as well as providing vital funding, support the programme’s efforts to reach hundreds of academic staff, recent graduates and students across the country. This year’s application drive, however, coincided with the coronavirus outbreak, shutting campuses nationwide and throwing the 2020 programme into doubt.

The increase in applications, while remarkable, is testament to the tireless efforts of Converge university partners and a strong culture of enterprise within Scotland’s Higher Education sector.

“Nurturing Scotland’s innovation pipeline is now more essential than ever, and I strongly believe that our universities will be at the heart of Scotland’s economic recovery. And, while it might seem counter-intuitive to launch a business right now, when you look into the past, a number of the world’s most successful start-ups including Uber, Groupon and WhatsApp emerged from a global economic downturn.

What this shows is the resilience and dogged spirit of Scotland’s academic innovators, where not even a global pandemic can put a stop to their unwavering invention and creativity.”

Paul Atkinson, Strategic Advisory Board Chairman at Converge, warmly welcomed the huge effort made by Scotland’s academic community to encourage staff and students to bring forward their ideas to the Converge 2020 programme.

He added that “Universities have been under enormous pressure this year as they race to adapt to the unfolding coronavirus emergency, but despite this, they have rallied round and delivered an unbelievable set of results. I cannot thank them enough.”

Judging is now underway with this year’s 2020 cohort announced in early June. Successful applicants will then be invited to take part in an intensive business training course with the very best progressing to the Converge final in September where £230,000 of equity-free cash and in-kind training support will be shared between the nation’s most promising academic entrepreneurs.