Having already invested £20 million into over 500 businesses with entrepreneurial potential, the Scottish EDGE Awards have open again for submissions for what will be its 20th round of funding in the last eight years.

Expanding on last round’s awards, which saw 40 early-stage businesses receive a total of £1.5 million, the 20th round will include an additional prize for a top award winner in the main Scottish EDGE category of a day with Sir Tom Hunter’s investment arm, West Coast Capital, including lunch with Sir Tom courtesy of The Hunter Foundation. 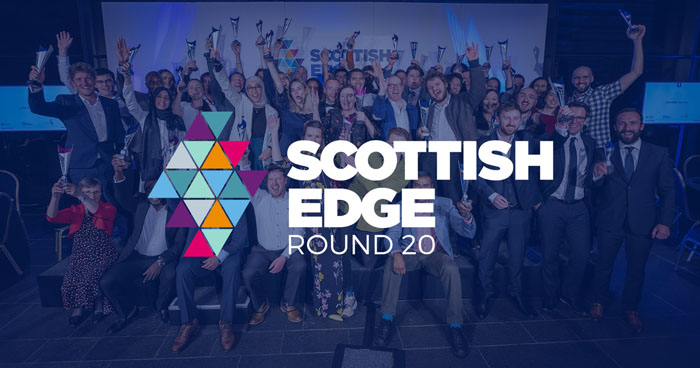 In a further boost to new entrants, two award categories will see a rise in the funding amount awarded to winners. The Young EDGE category, which recognises entrepreneurs aged 30 and under, and the Wild Card EDGE category, which caters for pre-trading companies, sole-traders and partnerships, will each see an increase in the top prize award from £15,000 to £20,000. As a result of further investment from Scottish Enterprise the number of winners in the Young EDGE Category will again double to 14.

Another change to the competition in recognition of the greater challenges often faced by social enterprises to repay loans, is a reverse in the grant to loan ratio of the Social Enterprise category supported by the Postcode Innovation Trust, which will now be 70 percent grant and 30 percent loan moving forward.

Royal Bank of Scotland will continue its support of Scottish EDGE following the successful debut last year of the Net Zero Award, which acknowledges the efforts of companies prioritising sustainability, in light of Scotland’s commitment to becoming carbon neutral by 2045.

Firms demonstrating sustainable practices will also have the opportunity to be rewarded with the Circular Economy Award supported by Zero Waste Scotland. The STV-supported Growth Award, meanwhile, not only offers funding support but also includes airtime and a launch commercial to one consumer-based product business.

“Hot off the heels of the Scottish EDGE 19 winners being announced last month, it’s great to see the launch of EDGE 20. EDGE plays an important role in supporting innovative, high-growth-potential start-ups and Scottish Enterprise is proud to continue our support for the Young EDGE category, which will nurture the next generation of talented entrepreneurs and help drive Scotland’s future economic prosperity.”

“Enterprise is at the core of our economy, and the financial sector has a collective responsibility to foster an environment where entrepreneurs can start, scale, and thrive. At Royal Bank of Scotland, we are committed to championing SMEs by equipping businesses and entrepreneurs with the support, tools and advice needed to thrive. Our continued partnership with Scottish EDGE and the Net Zero award not only makes positive strides towards our climate ambitions but collaboratively support the businesses who demonstrate the passion, innovation and determination needed to help bolster and strengthen Scotland’s economy after a challenging period."

“Over the past eight years, Scottish EDGE has celebrated the innovation and dedication of over 500 businesses, and we are thrilled to continue supporting entrepreneurship through our 20th round of awards.

“We always like to offer something extra if we can and we hope the increase to our top prize in the Young EDGE and Wild Card EDGE categories, the change to the loan to grant ratio for our social enterprise entrants and the opportunity to chat over lunch with one of our biggest supporters, Sir Tom Hunter, will appeal to what we’re sure will be an exciting group of entrants to Round 20."

To ensure its long-term sustainability, Scottish EDGE invites winners to sign up the EDGE Pledge to contribute a minimum of 1% from exit proceeds back into the fund. Scottish EDGE is supported by The Hunter Foundation, Royal Bank of Scotland, the Scottish Government and Scottish Enterprise and has a vital role to play in the country’s economic growth.

Applications for the 20th round of awards close on 23rd August, with finals taking place on 6th and 7th December and an in-person award ceremony at Royal Bank of Scotland Conference Centre in Gogarburn.