Scientists say the study could help identify those most vulnerable to sepsis, which kills more than 50,000 people in the UK each year and is the leading preventable cause of death worldwide.

Sepsis Research (FEAT) study is being made possible thanks to vital funding from Sepsis Research – the UK’s first sepsis research charity – which will provide £40,000 annually.

Researchers at the University of Edinburgh will compare DNA from people admitted to hospital who later die from sepsis with those who survive. They hope to isolate DNA signals from thousands of patients and use the information to identify future drug targets. 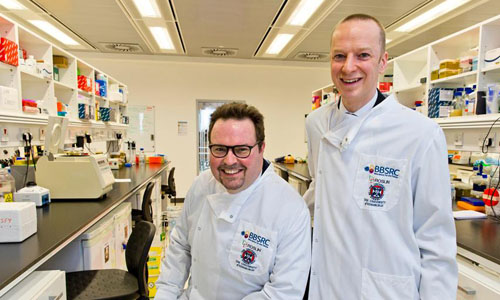 Sepsis occurs when the immune system reacts to infection, causing symptoms such as cold hands and feet, mottled skin and a quickened heart rate. It can quickly lead to multiple organ failure and death. More people die from sepsis than the combined figure for breast cancer and bowel cancer.

Sepsis Research – also known as the Fiona Elizabeth Agnew Trust or FEAT – was founded by Craig Stobo in memory of his wife Dr Fiona Agnew and their unborn daughter, Isla, who both died in 2012 after contracting the illness.

Craig developed sepsis at the same time as Fiona but made a healthy recovery. The charity is committed to funding innovative research projects to better detect those at highest risk.

Sepsis kills someone in Scotland every four hours and our charity is committed to helping find better treatments to help reduce these numbers. Our partnership with the University of Edinburgh is about looking to the future to help better understand how we can improve detection, treatment and recovery.

We know that people who have been adopted, whose biological parents have died of infection, are themselves six times more likely to die from infection. This link is not seen with adoptive parents, suggesting that genes are key to understanding sepsis treatments. We are grateful for this vital funding from Sepsis Research (FEAT) and hope it will help us to unlock some of the clues to how DNA governs sepsis recovery.”