SRUC has been shortlisted in the Research Project of the Year: STEM (Science, Technology, Engineering and Maths) and Technological Innovation of the Year categories at the 14th annual awards. 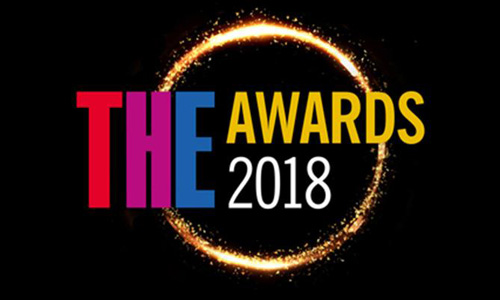 To address the dual problems of feeding a growing world population while cutting down greenhouse gas emissions from cattle, SRUC led an interdisciplinary research team of scientists at SRUC, The University of Edinburgh’s Roslin Institute and The University of Aberdeen focussing on microbes found in cows’ rumen – the first of their four stomachs.

Using state-of-the-art metagenomics technology, the scientists – led by Professor Rainer Roehe – were the first to discover clusters of rumen microbial functional genes that explained more than 80 per cent of the variation in methane emissions and feed conversion efficiency.

This could lead to the breeding of cattle which require less feed to deliver increased meat and milk production together with reduced methane emissions.

“Being shortlisted in two categories at the Times Higher Education Awards is a huge honour for everyone connected with SRUC.

“With a growing population and increasing demands for meat and milk, we need improved systems for livestock production to ensure that we can feed future generations. These nominations are testament to the global impact of our research.”

“Times Higher Education is extremely proud to host these awards once again. In yet another record year for entries, and with over 70 institutions represented on the shortlist, it’s a genuine privilege for the THE team and our judges to read through these many and varied tales of excellence from all corners of the UK. It’s a significant achievement to make this shortlist, and we look forward to honouring all the finalists at the Grosvenor in November.”

The awards dinner and ceremony will take place on Thursday 29 November at the Grosvenor House Hotel, Park Lane, London.