Antimicrobial agents are used regularly in agricultural systems to improve the health, welfare and productivity of livestock, but little is known about how this impacts antimicrobial resistance (AMR) gene dynamics – the ability of a microbe to resist the effects of medication.

This has led to concerns about the potential transfer of AMR genes from livestock to humans and into the environment. 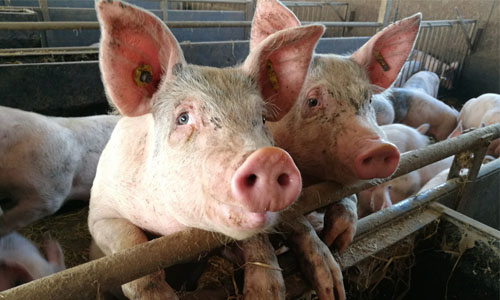 In partnership with the University of Edinburgh's Roslin Institute, the study was carried out during a single production cycle on a commercial pig unit with a high historic and current antimicrobial usage.

A total of 144 different genes were identified on the farm, with individual genes present in the tens, hundreds and thousands of millions per gram of pig faeces.

The study, published by Scientific Reports, highlights the extent of the AMR gene ‘pollution’ in livestock production and the environment.

It found AMR gene counts were relatively stable over time suggesting the genes had become integrated into the faecal microbial community.

However, it also found the antimicrobials being administered were still effective in controlling production-limiting diseases on the farm.

“At the start of the study we hoped to find two or three genes to follow their numbers through the pig production cycle. The richness of AMR genes and their numbers were unexpected.”

The study was funded by the Natural Environment Research Council and the Scottish Government.