Wobble Genomics has been launched with Edinburgh Innovations’ support and an investment of £1.2 million, led by St Andrews-based Eos Advisory alongside Old College Capital, the University of Edinburgh’s in-house venture investment fund, which is managed by EI. 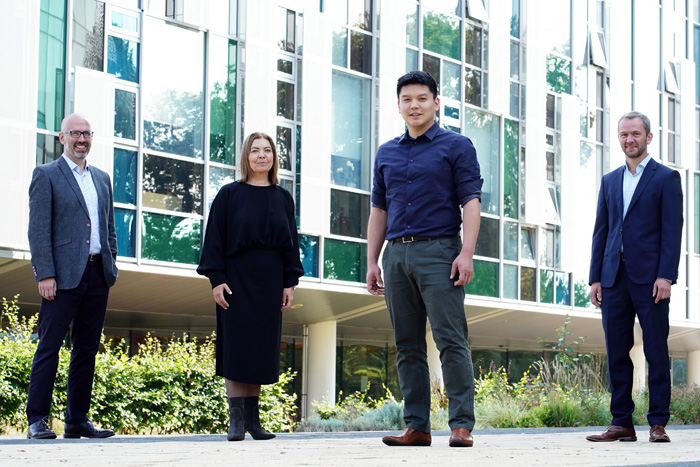 The company’s founder and CEO, Richard Kuo, a researcher at the University’s Roslin Institute, has developed biochemical and software technologies that greatly increase the efficiency and accuracy of RNA sequencing.
RNA sequencing has emerged in recent years as a key technique for studying gene expression, which can give scientists and clinicians unprecedented insights into disease.

“Ultimately the technology could revolutionise how we understand, research, diagnose, treat and monitor a huge variety of diseases.”

Mr Kuo has been a client of EI since 2019. He has received a range of support to commercialise his research, including assistance with successful applications for funding, and support as he incorporated Wobble Genomics.

“There is a huge global market of scientists and clinicians who would buy our products as part of their sequencing work.

“On top of this, we plan to target a higher value market by leveraging our existing technologies with the overall aim of being the first global company to build a picture of disease states that are encoded in RNA.”

Wobble is already conducting trials with some of the world’s largest RNA sequencing organisations. The investment is supporting the expansion of the Wobble team, strengthening its intellectual property, and will help to drive sales and demonstrate Wobble’s ability to improve clinical outcomes.

“Richard is already a globally respected researcher in RNA sequencing and now has the ability to build a team to commercialise novel approaches that address the big issues and understanding of this exciting field of life science.

“The importance of RNA sequencing and its role in enabling clinicians to understand disease has only just been recognised over the last couple of years.

This investment sits at the heart of what Eos works for – backing the very latest and most promising innovations that have the potential to have a positive impact globally.”