Keynote speaker will be Joyce Campbell, a sheep farmer from Sutherland who co-chairs the Scottish Government’s Women in Agriculture Taskforce with Fergus Ewing, Cabinet Secretary for the Rural Economy.

“I will be focusing on my journey in the Scottish agricultural industry. I will talk about how I became confident to speak up and have my voice heard and how I use social media to tell my story. Everyone who’s involved in Scottish agriculture, including the companies which support our farms, all have brilliant stories to tell but we all need to get that message out to the consumers.” 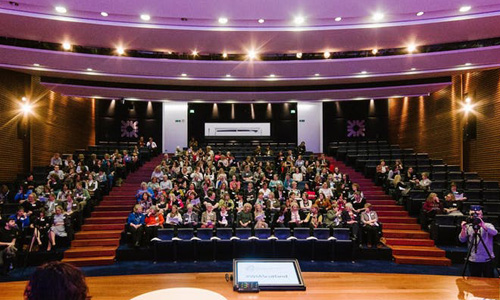 Hosted by the Royal Bank of Scotland in its conference centre at Gogarburn, the event will also hear from Julia Latto and Darlene Braithwaite from Scottish Enterprise and will feature a social media surgery.

Following a networking lunch, a panel discussion will be chaired by Alan Laidlaw, Chief Executive of the Royal Highland and Agricultural Society of Scotland.

“We want to help women to have the confidence to do what they’re capable of. At our events, you can have someone from the corporate world sitting alongside someone who physically runs a farm, and they all swap knowledge and experiences.

“I am looking forward to hearing how ‘making your voice heard’ means so many things to so many people and to share lunch and ideas with other women in agriculture. Our events are going from strength to strength as they’re an excellent way for like-minded women to get together and learn from one another.”